The painting depicts different bear species in their respective habitats: the left side where polar bears move in an entirely mineral environment contrasts with the right, where the plant takes over and accompanies pandas and brown bears. An immense grizzly bear standing on its hind legs separates the universes from the diptych thus constituted, while their unification takes place from above with the same sky which extends above the horizon line.

By its composition, the work is reminiscent of Delacroix's Liberty Leading the People: the posture of the artist who depicted himself wearing a beast's skin, as well as those of the bears at his side, restore the strength of the famous symbol of rebellion. This is a vibrant advocacy for the preservation of bears, those beings once considered the ancestors of the human species, and by extension, nature, our common future on this planet. On the canvas, the future seems very uncertain: Is the insightful crow bad omen or does it instead ward off bad luck? What future for the female bear and her cub who are moving away into the unknown? Finally, we can not decide if the sky is one morning or announce the twilight ... 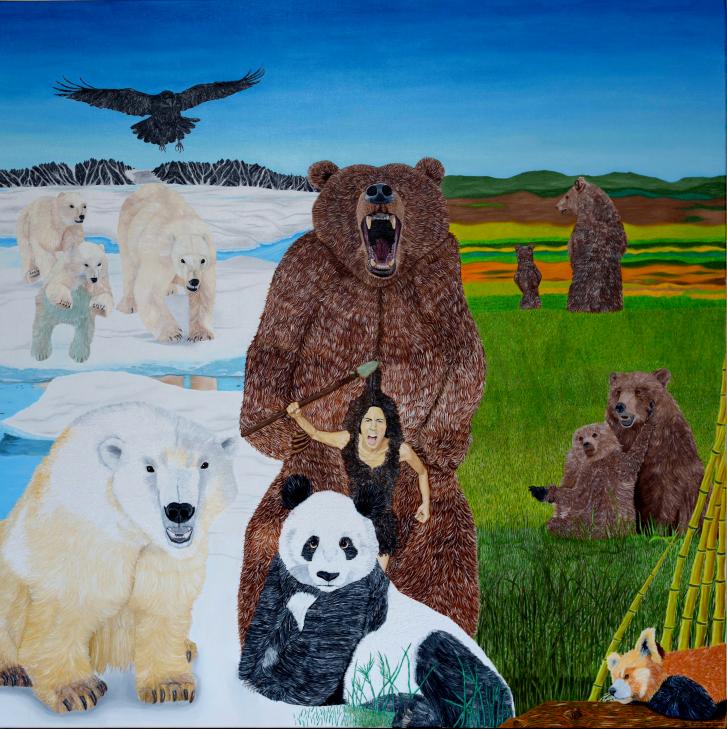