The animal, subject of the painting, unfolds grace and majesty on the canvas. The artist is represented with his double. Naked both, one is sitting on the back of the giraffe and watching the horizon, while the other is hanging on the neck of the giraffe, in full "climbing".

Nudity as an illustration of their vulnerability, do the two women seek security on the back of this peaceful symbol whose stature commands respect? But what does the watchman look so seriously? Is danger looming on the horizon? And does climbing the climber lead her to a safer position?

The presence of the pic-beef posed between the two nymphs also evoke a parasitism: the Man, destructive agent of the living, ultimate parasite of the Nature?

The very naive background of the painting, including a multitude of bushy plant motifs reminiscent of Aboriginal art, contrasts with the pictorial realism of the giraffe and the characters. A painting that is between dreamlike and "magical realism". 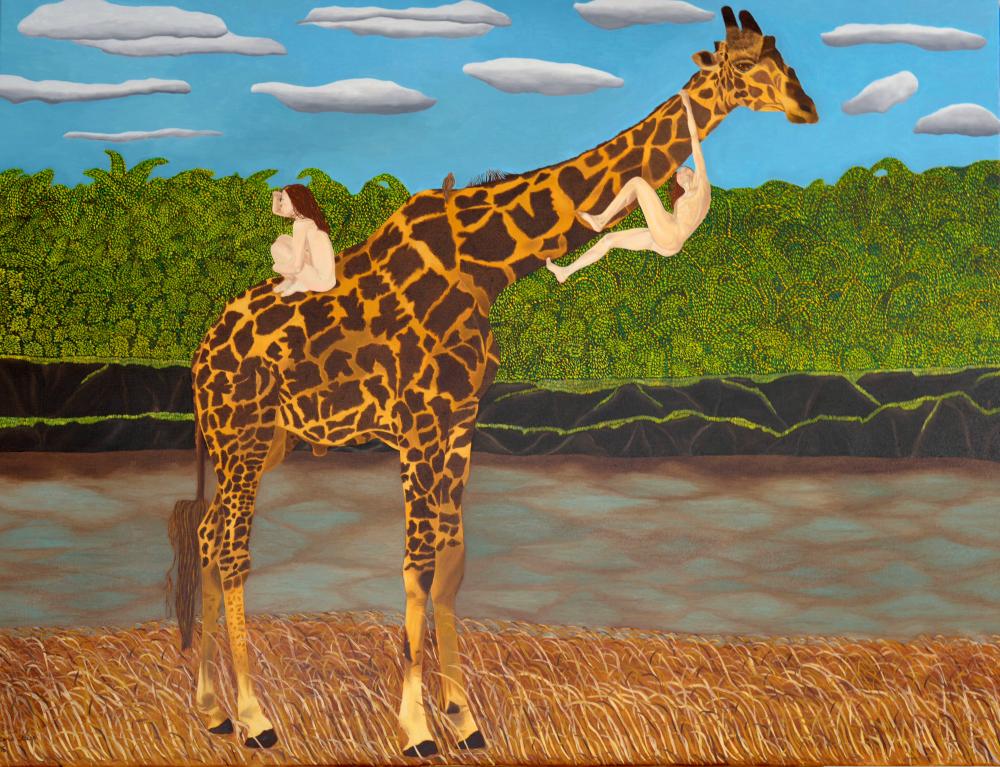