After the hornbills and cassowaries, here are the harpies as birds of (bad) company for this new self-portrait! But where are we? On the stage of a subsidized play? Is this a representation of Hell? The red of the room lets him imagine… Alongside the painter, the harpies appear enormous and frightening. Their large faces evoke hyper expressive Asian theater masks. Sitting in a very uncomfortable position, in a long black bathrobe, the artist gives us a worried and perhaps even imploring look.

Many themes cross the web.

The daughters of Typhon are not three but four here: perhaps a synthesis between the four horsemen of the Apocalypse and the mythological deities of devastation ... Would we be on the verge of suffering a divine punishment whose plagues we see in come from global warming?

This young woman in a black silk negligee on a red background with the shadow of her chair that looks like that of the grim reaper ... Could this be a new interpretation of the young girl and death? A new representation of the oxymoron couple of Eros and Thanatos? After Reflektor which questioned the aging of the artist, we are now immersed in a new questioning of our coming end.

But perhaps we are already after death, in a Sartrean huis-clos where the harpies are allegorical figures of judges, of evil women, who torment the young woman in a hell that has no end?

In short, a very dark canvas, charged with this ambivalent energy of red, far from the positivity of dazzling colors to which the painter has accustomed us. 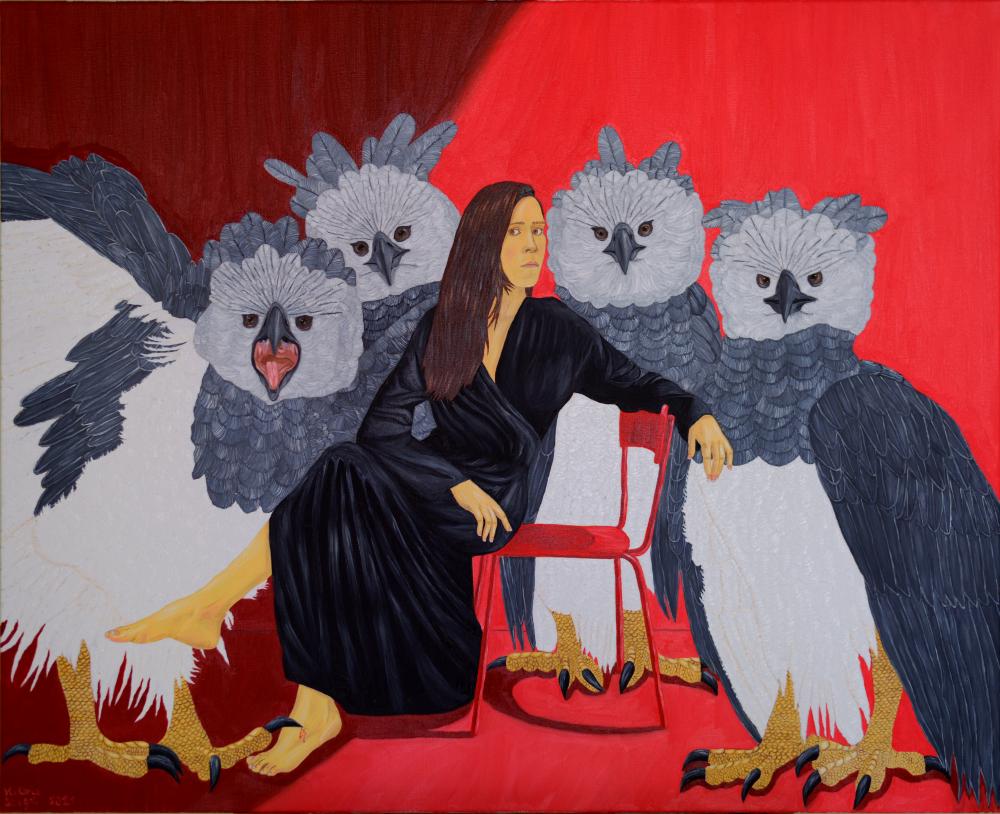