In the impenetrable jungle, a clearing where animals have ventured out of the dark. Once again represented in its animal and virgin nudity, the artist took place in the midst of these exotic species, some of which are endangered: we recognize in particular a bat as well as a pangolin which hides behind the painter's skull, these scapegoats, the designated culprits of the pandemic that scares the world.

The animals seem surprised to be thus delivered to the eyes of the "outside world". Ears back, the caracal is afraid of what is coming.

In women, there is first this meditative posture, this serious air. Then, some would see distrust in the intensity of his gaze, maybe even a cold anger ... She protects the pangolin as a mother would do for her child.

A new reflection on our behavior as a species that strives to destroy others to better precipitate its possible loss, if this is not likely ... A denunciation of the consumption of bushmeat which jeopardizes biodiversity and the world we love. 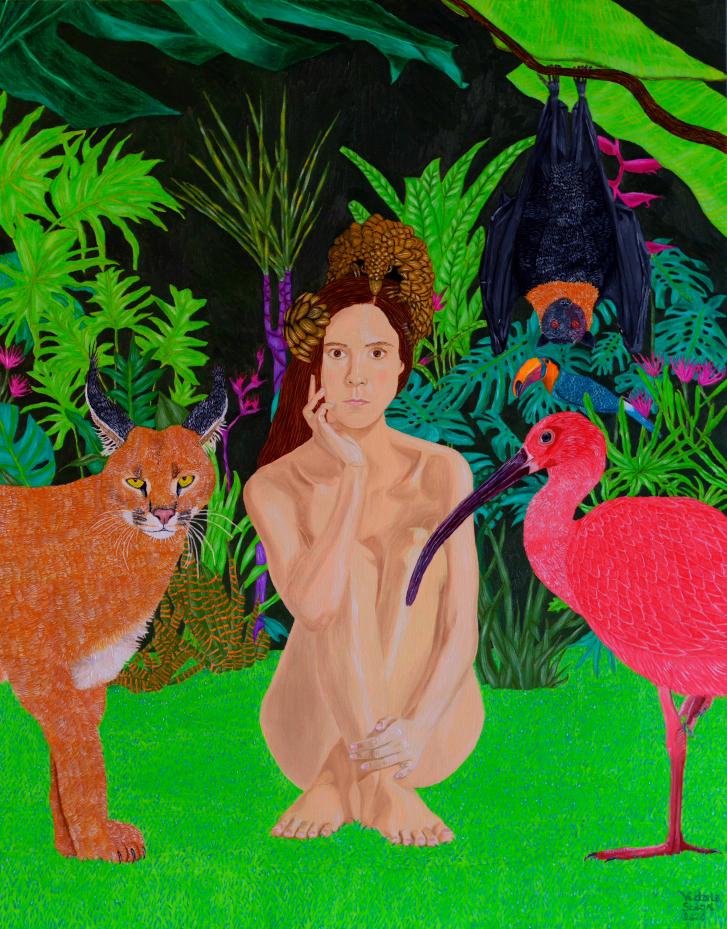