"Now, watch this drive ..." We remember this phrase of President George W. Bush in 2002 while he proudly strikes his golf ball after he declared his war on terrorism.

Here, his macabre club, the new master of the western world is about to hit a ball looking like our globe with the same determination. He is waging a war that does not say his name against biodiversity and finally, humanity.

On a twilight background, bears with their young are helpless witnesses to the power of destruction embodied by this derisory being with puffed vanities. 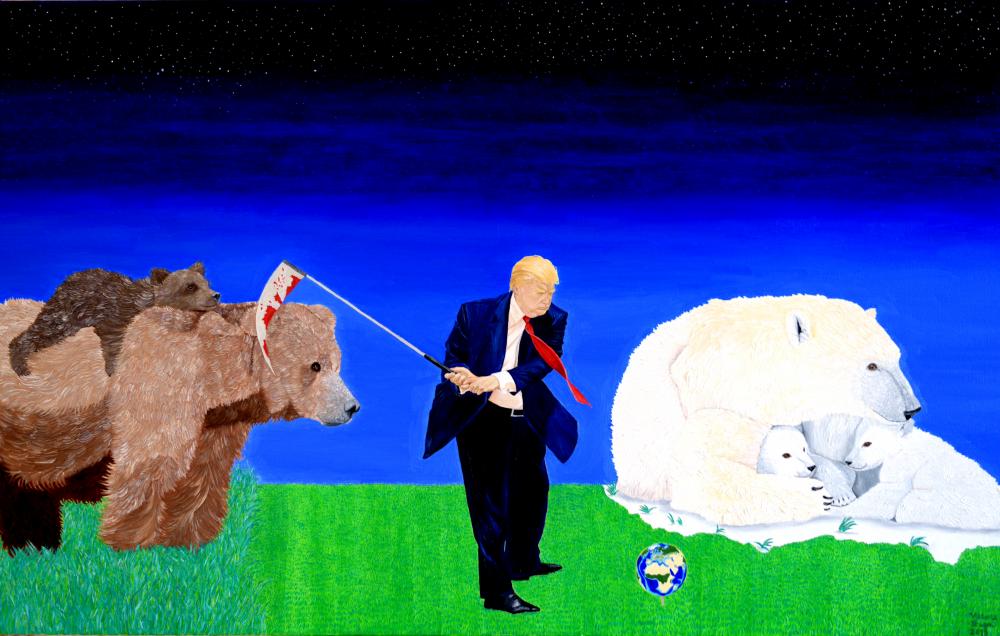